Zero. Yet again, a non-human customer had ignored the notice on his website stating that zebras only came in two sizes: large, or extra large. Xavier stared at the order form and wondered whether it was someone’s idea of a joke. What did size zero even mean?

Vanity was the bane of these newly rich types, he thought, staring glumly at the seven-figure sum on offer. Unless he sold eight regular-sized zebras by the end of the month, his business was going under, and he’d be thrown out onto the street with nowhere to live. This job alone — if he could somehow manage to fulfil it — would fix him up for the rest of his life. Stress-free lazing on the beach of a human-only resort for the rest of his life!

Really, he would have given anything to go back to his old life, to the days when gargoyles stayed fixed to cathedrals and medusas were hardly remembered, to the days when he’d been a simple butcher serving bog-standard cuts of meat to real down-to-earth Spaniards. Quail had been the most exotic meat he’d served, with none of these zebras and crocodiles cluttering up the aisles. Pity that humans no longer had the money to spend on meat, and he was forced to cater to the demands of these ever-hungry monsters.

Only now the monsters were demanding more and more, and expecting to pay less, using threats and blackmail as their preferred currency. Nevermind that Xavier could not pay for rent or food with those threats, and that he was slowly going out of business. Money had no meaning to creatures like these, trapped in the mindset of centuries past when they hadn’t been legal members of society.

Lately the situation had begun spiralling even further out of control with Xavier’s savings all but gone, and now this, this order that could save his shop if only he could fulfill it. Key word being ‘if’ — how he’d locate a size zero zebra was beyond him.

“Joder,” he cursed, making his way over to the cold room at the back, order form still clutched tightly in his hand. “Imposible, es imposible.”

Hands on his hips, he surveyed the latest delivery of zebras, chewing his lip as he took in their unsurprisingly large size. Good quality meat, all of it, imported live from Africa and butchered at the slaughterhouse down the road. Fashion now dictated, though, that the gourmet feeders — vampires and the like — consume only dainty portions of meat in public. Eating entire animals, which had been popular only a few months previous, was now outdated.

Dire action was called for. Calculating rapidly in his head, Xavier grabbed a knife and set to work one of of the zebras, cutting out the ribs, the back molars–anything to make the zebra look skinnier than it actually was. By the time he was finished, all that was left was a husk of the once proud zebra, a ghost of itself, bones protruding, skin stretched thin, a ghoulish grin answering Xavier’s smile.

And then he walked out of the room, wiped his blood-streaked hands on the front of his trousers, and decided fashion wasn’t so bad after all.

Continuing my ABC Challenge inspired #fridayflash stories, I decided to shake things up a little this week by doing the alphabet in reverse! (Although I’ll admit, I wrote the ‘A’ sentence first.) But overall it was a lot more fun to tackle the tricky letters first. 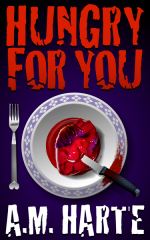 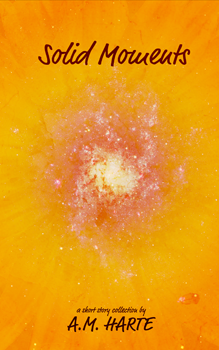