You don’t want to go out into the hallway, to face whatever is making that dragging sound, but you can’t stay here in the doorway, framed by the light streaming in from the hall.

You slide away from the doorway quickly, towards the corner of the room, hoping the statue doesn’t see you move. And—yes!—his head doesn’t turn to track your movements, but remains fixed, staring at the door. As a matter of fact, now with the hall light streaming on the statue’s face, you can see that his eyes are only half-open, and he looks, oddly enough, asleep. Is he sleep-walking?

You don’t have time to think of the answer, for just then something makes your heart jump. You freeze, trying to figure out why you feel so frightened, straining to hear whatever set you on edge.

That’s when you realise what you can’t hear: the noise of the monster in the hallway. The dragging, the slithering—whatever it was—has stopped. The thing is somewhere out in the hallway, and it’s not going to leave.

You hear a faint creak coming from the doorway, and turn your head slowly to look, your stomach sinking with fear. Wrapped around the door is hand, but this is no human hand. It is dark in colour, scaled, and at the tip of each finger is a sharp, black curved nail. Whatever was out in the hallway knows you’re in here, and it’s coming to get you.

Something—the glass bottle!—smashes against the door, hitting the monster’s hand. The hand retracts quickly, and for a moment all you can hear is angry hissing. Then you hear the now-familiar dragging sound as the monster moves down the hallway, away from you.

You heave a sigh of relief and look around to the corner of the room, at the bed. The statue is still sitting up, staring at the door, but now his hand is half-raised. He clearly threw the bottle, but why he saved you, you don’t quite know.

“Not today,” he says, and his voice is slurred with sleep. He falls back down on to the mattress, and lays there without moving.

Your life was just saved by a sleep-throwing statue. You can hardly believe your luck. But everyone’s luck runs out sooner or later, and you can’t stay in this room forever.

When the hallway is silent, you slip out the door and close it gently behind you.

What do you do?

* What else? Continue exploring! 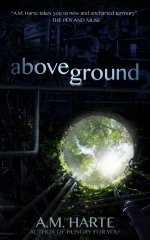 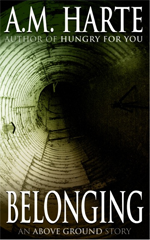